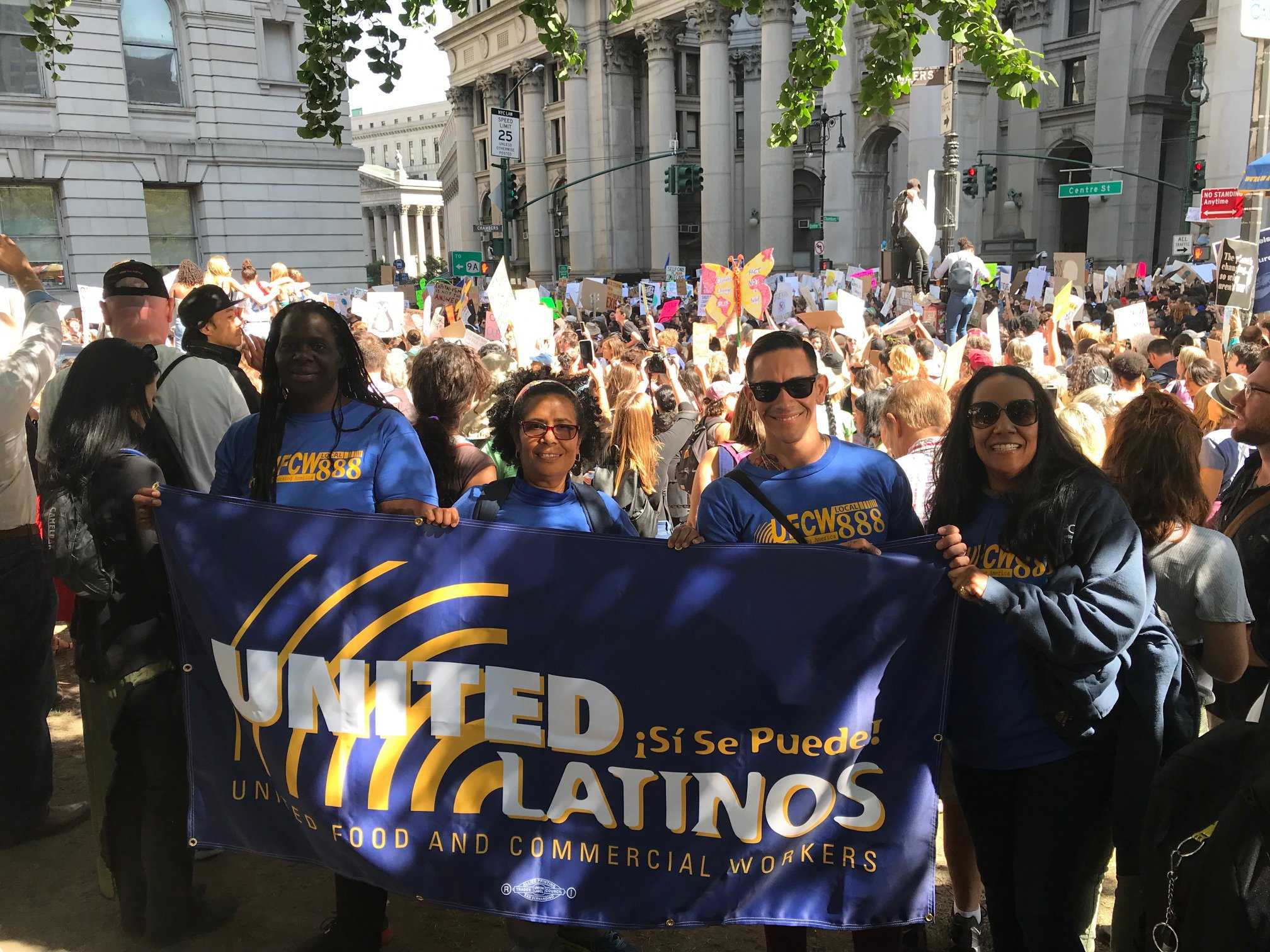 The United Latinos of the United Food and Commercial Workers Union (UFCW) is an organization of UFCW members and allies who have joined together to promote issues and pursue interests important to Latinx workers. We are committed to building a strong and powerful Union by creating an engaged and dynamic membership in the United Food and Commercial Workers (UFCW), and promoting Unionism in our communities to advance social and economic justice.

The United Latinos promote the goals and objectives of the UFCW as it endeavors to insure the benefits and protections provided by the UFCW within our membership and in Latino communities. Latino workers are an ever increasing force in the American workforce and are essential to creating economic justice, civil and human rights, gender and gender identity, and equity in our society.

United Latinos members seek to insure an inclusive and diverse labor movement and will fight for justice until all, without regard to race, citizenship, immigration status, color, creed, gender and gender identity, believing in collective liberation for all.

In 2016, the United Latinos launched the New American Citizenship Program, a scholarship aimed to lessen the financial burden of applying for citizenship for our UFCW members. This program has fundamentally improved the lives of our Latinx, immigrant, and refugee members. The United Latinos of the UFCW have evolved through the years but remain loyal to the original mission of the organization— to become an outlet for Latinxs to harness their leadership for the betterment of our members and of our union.

The Latinx population is growing fast. As of 2020, we have become the largest racial or ethnic group to be eligible to vote. The Latino vote is a powerful and exciting phenomenon in U.S. politics, we need to harness that power and redirect it towards pro-worker and pro-immigrant policy. There is significant value in our diversity when it is seen as an asset. We have much to offer and are proud to share what we are and what we know, especially when it helps reach and empower Latinos. When we empower Latino workers we empower our great Union and we empower our community.

The United Latinos are an asset and a resource to the UFCW, its Locals and to the Labor Movement. Through outreach programs, the United Latinos builds partnerships with community groups also working to improve the rights and lives of Latinxs in Puerto Rico, Canada, and the United States. By working together and promoting unionism in the community we will help make the UFCW a fighting champion for the needs of ALL Latinos, immigrants, and refugees.

To join The United Latinos of UFCW you can download and complete a membership application. Return it with your annual dues payment to:

Local Unions,  providers, and friends of the UFCW can also participate by becoming a Sponsor of United Latinos by making an annual contribution.

We look forward to your membership and support!